Since 2005. Helping you catch the Million Dollar Fish.

And jacks, salmon, jewfish - tell us how you went. NT, FNQ and Norwest.
Post Reply
16 posts

Day 1
After turning off at the Adelaide River turn off we where confronted by the road condition sign, all roads closed and impassable

But Punter and DalyDude said they where open

. Goes to show how much awesome info comes from this site.

to punter and Daly dude for the good oil

With camp set up in no time we headed up to Elizabeth for a look to find all the hazards and set a good trail on the GPS for the next day.

Had a flick around most of the run offs for little result.

Seen a few rats landed at No Fish Creek and Lizzie Creek but nothing of any size. Managed to loose 4 new lures and Helen broke her new spin rod on a snag

Ran into Blinky who said he had not landed much. So we headed back and set the cheribin pots on the way. Had a feed and a few rumbos then hit the hay

Day2
Up at sparrows to run the pots for some livies. The cheribin seemed to be in the shallows and around the rocky areas in the upper reaches of the river. So with 10 good cheribin we tied off at No Fish Creek for a very slow start at sunrise with sharks and powertails on the bite.

Landed the odd rat on soft plastics and cheribins but nothing really fired up till the top of the tide.

78cm was a new PB for Helen so she was wrapped, it was also the first fish she has ever caught on an overhead as we didnÃ¢â‚¬â„¢t bring any spare spin gear. After the tide turned it shut down again and we headed home after bacon and eggs on the water

Day 3
Hitting the water again before sun up provided a repeat of yesterday with a 59,60 67,68, 72, 80 and heaps of rats on the turn of the tide. A lot more boats around today and I counted 9 boats at one stage all anchored around the mouth of No Fish.

seen a few FFF and met JohnD and his young fella

and arrived just in time for the tide turn but with so many boats around we fished up stream a bit to escape the crowds. Within an hour we got 3 in the 50Ã¢â‚¬â„¢s and 2 in the 70Ã¢â‚¬â„¢s. Not bad for the amount of effort we put in.

Day 5
Pushed straight down to lizzie at daybreak and got a spot at the mouth.

It fished well early before the tide turn landing 3 at 60, a 78 and a heap more rats all on lures but they wouldnÃ¢â‚¬â„¢t touch Helens livie

As I left lizzie an alarm come on in the boat

The battery was dead

No worries I switched over to the spare batt, all good and off we went.

Not even enough power to trim the motor

had it serviced the day before I left

to Blinky for the tip about staying at Banyan farm

by far the most welcoming campsite I have been to in the NT.

its quiet refreshing to rock up to a place you have never been to before and feel at home within the first 30min.

You could see that the owners and workers where flatout getting the place back up and going and doing an upgrade to the toilet block following the wet, but they constantly went out of their way to make sure we where enjoying our stay#$%

So if you have never been to Banyan Farm and you enjoy fishing the Daly then you should really do your self a favour and pay Wally and Kerry a visit.

These guys really want local business which is a lot more then I can say for some others down there.

Ohh and Wally is a closet user of the forum too, so he enjoys putting a face to a nickname so let him know youÃ¢â‚¬â„¢re from the FFF

Harmsey
You do not have the required permissions to view the files attached to this post.

forgot to add we only kept one fish on the last day for a feed and released the rest, had a bloke in the next boat ask me if FFF stood for "Fish For the Future". he was from Vic and couldnt understand why anyone would travel out here and not keep anything. 'whats the point' he said 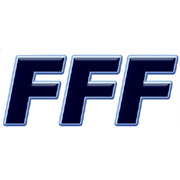 Fantastic report harmsey - glad to see the family out their enjoying it - never fun having engine trouble with the family on board, lucky you had two batteries

GET YOUR TACKLE OUT: On the Daly
LIVEBAITING LOSER: Down & Out in Shoal Bay
JACKHAMMER: The Fishing Tax Song

top post and pics harmsey enojoyed the read mate, glad to see you and family have a great time

I contend that where you fish is the
most important factor in catching fish.
Top

Great report as usaual Hamsey. Your right about Banya Farm being a great/frendly place to camp it,s my pick of the lot also. Must have been a FFF breakdown week there it cost me $240 for a new prop hope your repairs dont go to much.

Nice report. We were at Banyan the same time as you guys (highly recommend the joint too).

I was with the group of 5 guys and our white tinny was next to yours for a couple of nights - anchored on the bank.

Well done Harmsey, We saw you on Thursday, I was in a blue Topender.
You're right about some people taking no prisoners. We watched a bloke next to us up near Clear Creek pull in a just legal barra and it was as green as the MCG and I said to my lad surley they'll throw that one back but into the esky she went.??

top report harmsey. good to see you got some fish, and looks like your young one was having a ball out on the water.
the daly is definatly by far my favourite river. such a pretty place to fish. and as far as cherapin go on the daly, each prawn pretty much equals a barra, specially in the dry.
cheers mate

Awesome stuff Harmsey. Good to see the family getting into them. Almost makes me want to drop up for a visit.

Great report Harmsey...... Good to see the little one hasn't slowed you 2 down at all. Heading down to the daly this weekend so hope I get some fish.

FL
Mad Keen
My job is just a fill in between fishing trips.
Top

Harmsey thanks for that, now I am really homesick for a bit of Daly fishing....

Just got back from the Daly with Faulksy, the nice guy he is. Had a good Day Tuesday with 18 fish, smallest 52. Mixed bag casting and trolling. Dropbears were quite popular. Mate took 300 photos so hopefully will posy some soon. Lots of small fish action at Bamboo (if you can get past the snags). Bloke caught a 75, 85 and 90 there this morning!!!

Very annoying to see people leave their rubbish in the bank and everyone seems to be keeping undersize barra.

Awsome report Harmesy. Looks like the family had a ball champ. Great pics.


If you have a relevant blog or site and wish to exchange links send the URL to admin here.